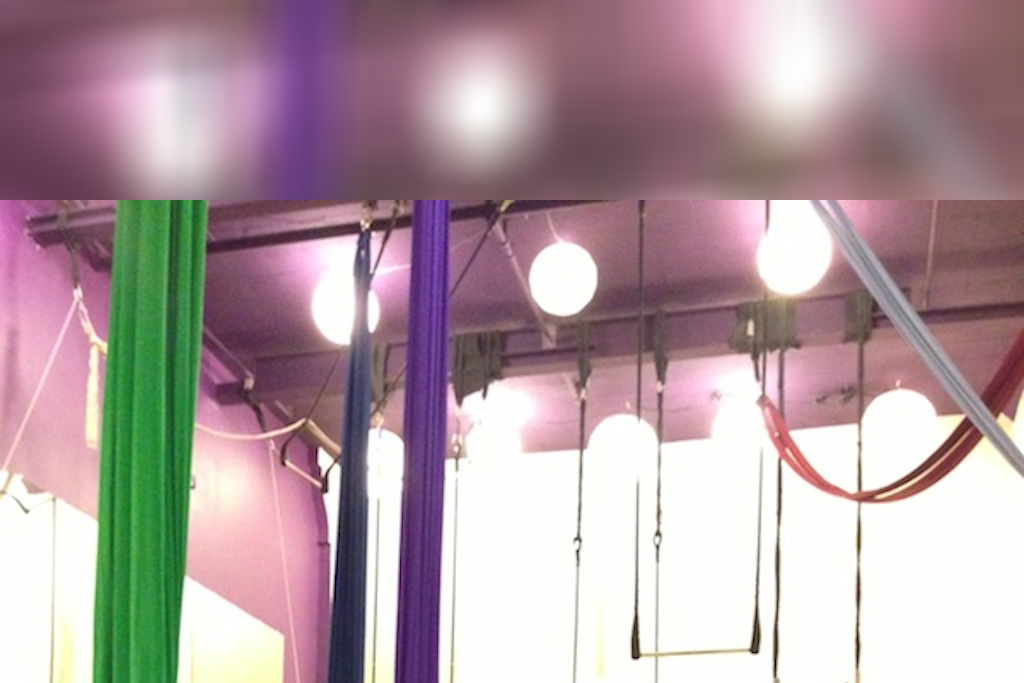 Question: Is there something you have always wanted to do that lingers in the back of your mind…whispering?  I actually have a bit of a choir going on up there, so much to do in this one short life.  But I’m happy to say I just checked off one lil’ desire:

Well, really I’ve just begun, but I did complete a seven-week series, and I’m pretty sure I’ll go back for more.

To say I was nervous going into my first class would be a pretty big understatement.  I arrived 45 minutes early just to make sure I wouldn’t feel rushed, walked into the slightly terrifying, yet super beautiful room at Night Flight Studio and quickly tried to make a buddy.  There were about twelve of us first-timers there — all women, all fit, and all seemingly in their twenties.  Deep breath.  I held my own during the half-hour warm-up, although my arms were already starting to burn.  oh shit. 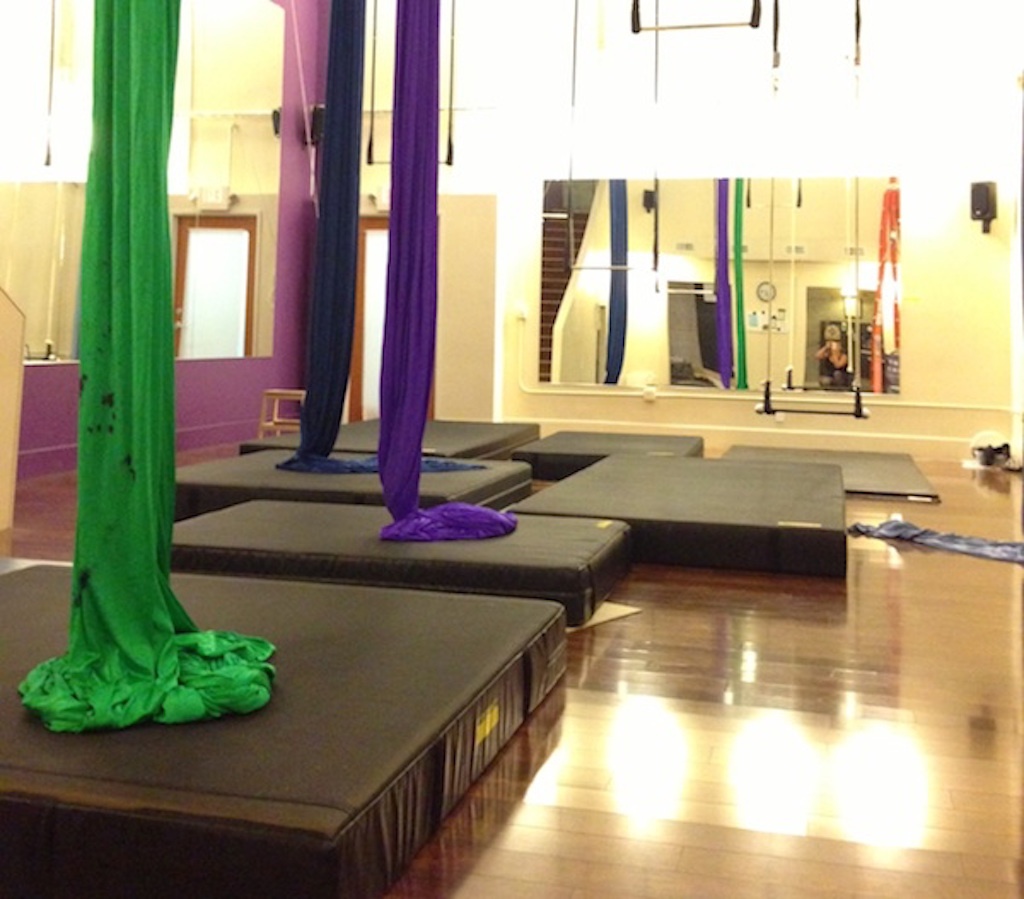 After warm-ups, we split into two groups: half on the trapeze, half on the aerial silks.  I started on the silks…Saweeeet.  I will admit this is the main reason I was in the class.  I’ve always been in awe of sexy graceful women who seem to effortlessly (yeah right) climb, wrap and suspend themselves from colorful fabric pieces in midair.  Needless to say, my first attempts were far from sexy or graceful…or effortless.  Words like awkward, weak and way-harder-than-it-looks come to mind.  However!  I did manage to climb my way up to the very top which felt like a huge small success.

Onward to the trapeze.

I think it goes without saying that swinging from my knees from a swinging bar was not the most comfortable thing I’ve done recently. In fact, it really hurt.  As did white-knuckling the thick ropes as I attempted to suspend my entire body while lifting my knees to my chest.  Again, not. sexy.

As hard as it was, I did commit to showing up seven weeks in a row…attempting new tricks, feeling totally lame and waking up all kinds of sore the next day.  I’m pretty sure I was the worst person in the class.

By the third week, my mantra became, “It’s amazing that I’m even in the room,” which *did* actually make me feel better every time I said it to myself.  All in all, it was an awesome and super humbling experience.  Being “bad” at something or brand new to something forced me to strip away my ego, step out of my comfort zone and……drum roll please…..

In fact, I was more than OK.  I was better for it.  And, I have the blisters to prove it.

What whisper will you answer in the new year???

Ready to bring more courage and freedom to your canvas (+ life)? Recieve my essential video guide and kickstart your creativity today! 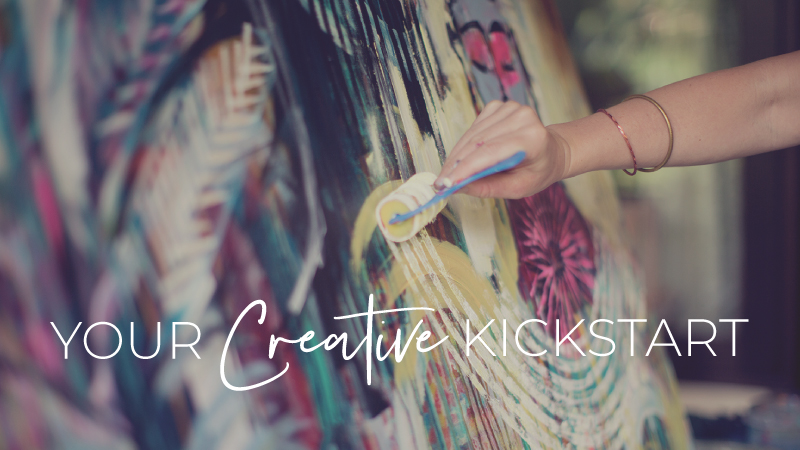 You'll also receive tips, tricks, and creative cheerleading in your inbox to keep your creativity flowing...

JOIN ME IN OREGON FOR AN ART OF ALIVENESS RETREAT THIS SEPTEMBER!TELL ME MORE
+